← more from
Somewherecold Records
Get fresh music recommendations delivered to your inbox every Friday.
We've updated our Terms of Use. You can review the changes here. 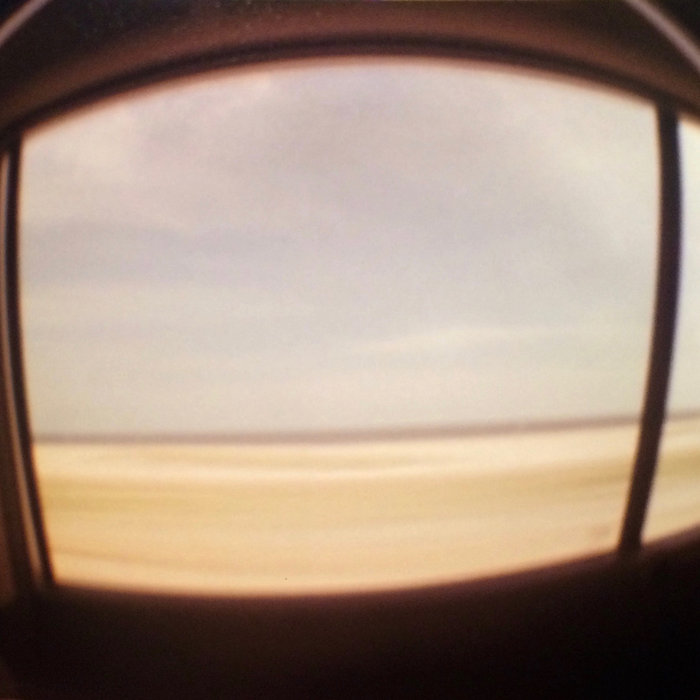 "How do we relate our everyday experiences with the greater panorama of life in this planet, beyond the rationalizations of ecological measures or the unique, sudden shocks of environmental catastrophes? Nicholas Maloney offers Stilling as a reflection on synchronicity, on being on time with the rhythms of occurrences magnitudes greater than any sort of individual human activity. It is the result of a commission for a concert series postponed indefinitely due to the ongoing pandemic, yet another disaster that has widely revealed the limits of our cultural capacity to connect simple actions with great effects; nonetheless the two fields constantly cross, and in these recordings the artist articulates a powerfully intuitive way to frame that intersection. As a sort of aural still life, the album allows listeners to dwell on the interactions between sounds of various sources, which sometimes drone peacefully away, sometimes clash intelligibly, sometimes simply become complementary tones, and so on.

Stilling is divided into two movements. The first focuses on sounds from Maloney’s daily life, particularly those that come, one way or another, from systems that directly impact natural resources, such as garbage collection trucks or home water and gas lines. Coupled with ambient sounds sourced from his own house (among others of similar kind), these elements are collaged by the artist into a deeply textured form that recalls background noise. It is the noise of urban innards, the simultaneously calming and disturbing soundscape of all the machines and buildings that sustain our collective living. They establish patterns and create networks of interactions that conform the rhythms with which we connect to each other, manipulated here by the artist into a composition that does not let us simply identify each element and give them definite roles.

Being on time with one another is a continual exercise of impossibility, like entering a clock shop and realizing that even after continual adjustments every device will slightly differently tell time in the end. All these aural patterns trace human impact, processes in which perfect synchronization does not exist, suggesting that every single day we are both on and off time, that the crackle of a pepper grinder is connected to the drone of a water pipe as part of a rhythmic daily movement unique in every instance, apparently in sync but always just at the edge of collapsing into an altogether distinct register.

That register could be encompassed by the wider interactions within large-scale phenomena, introduced in the album’s second movement. Storms, strong winds, forests, rivers, crowded public spaces, traffic, and samples from around the world form the core of a much more expansive soundscape, generally more stable and full of noises that tend to endure. Overall, this movement has a more meditative tone; where the first quickly shifts and pulls the listening ear around, the second lets it rest, changing at a much slower pace and integrating its elements calmly. Maloney’s intention to “zoom out” into a global perspective plays out as a contrast, as the exploration of other sorts of patterns whose repetitiveness and drawn-out changes have another relationship to time. It is not measured in hours and days but decades and centuries, a trace of human impact large enough to be thought of as historical, no longer everyday, as well as of natural events that continually resist prediction, which is to say that they continually remain outside our own rhythm-keeping.

The undercurrent that connects the first and second movements is sound collage, and collage by definition breaks any sort of logical flow, brining together things that cannot “naturally” occur together. This fundamental breaking of the “rules” of time through artistic technique reveals the stilling at the heart of this work: to be on time, from the perspective of the totality, is to freeze everything in place, to cut everything up into unmoving bits we can control. We are always out of time: the rhythms of everyday life exceed us in the same ways that the rhythms of societies or nature do, because their connections are graspable, but never fully understandable. As the planet warms up and the climate changes, it is easy to see that rift, just as the blind inertia of history yet moves us toward failure to react in time.

Maloney has crafted something special here, something that treads the territory of a sound art that immediately pushes listeners not to immersion into a particular soundworld but into the vibrancy of the entire world itself. Listen carefully, integrate it into your own rhythm, and feel the process warmly lead you toward discontinuity with your surroundings.
~ David Murrieta Flores
acloserlisten.com/2021/07/31/nicholas-maloney-stilling/

“Stilling” is a two-part piece composed using highly transformed and manipulated field recordings. It was originally commissioned by Crosstown Arts (Memphis, TN) to be performed at the “A Change of Tone Music Exhibition” concert series in April of 2020. The series was postponed indefinitely due to the coronavirus pandemic. The four-part, four-day event was to feature a selection of four musical acts, one act per night, who would “exhibit” their music for a listening audience over loudspeakers in one venue as they simultaneously perform it in another, creating a non-traditional listening experience
.
The theme of the exhibition was “in/out of sync.” “What does it mean to be “in or out of sync”–with something, with nothing, with anything…with everything? In what ways do you feel or observe things as being in or out of sync with one another…”

The two movements of “Stilling” focus on sound as it relates to synchrony in my subjective human experience on a: 1) micro-level: exploring day to day experiences and shifts of mood, especially as they relate to my immediate surroundings and the ever-fluctuating environment. 2) Macro-level: exploring environmental phenomena on a larger scale (i.e. shifts in temperature, extreme weather), as well as shifts between feelings of inner-peace and anxiety as they relate to my contemplation on the immediate now.

Throughout the composition, duplicated layers of manipulated source sounds are staggered to further exaggerate on the theme of synchrony. This not only results in constructive/destructive phase interference but also a wider, and richer, stereo image, bringing to mind the larger question of what does it mean (for an audio track, or human perception) to be out of sync, if the disorientation is causing a unique, harmonic, sonic richness (and perhaps a more composed and attentive state of mind)?

For the first movement, focusing on micro-environmental sound, I recorded sounds that I encounter daily, with a particular focus on sounds that relate to my interaction with man-made things that cause change within the greater environment, whether it be positive or negative. For instance, I captured the sound of items being thrown away into the garbage and recycling bins, the garbage and recycling collection trucks, my daily commute to work, the sounds of water flowing from the sink and shower, gas and water lines, vibrations running through my walls, crackling and musical samples from old stacks of records, and various electrical appliances around the house. I also gathered more “organic” materials such as the sounds of various rooms of my house, the ambiance of the backyard, etc, etc...

For the second movement, focusing on macro-environmental sound, I recorded sounds produced by large-scale natural and human phenomena. For instance, I captured the sounds of large storms, large interior spaces, the sound of strong wind, the sound of large, untouched natural environments (i.e. forests, rivers, fields), the sound of crowded public spaces, the sound of traffic, and much more, using contact microphones, hydrophones, and traditional microphones. I also used field recordings from several international sound artists to exaggerate further on this “zooming out” from the small, everyday, first-person experiences to a larger, global viewpoint.

While recording these sounds, I made an effort to be aware of whether I was feeling in or out of sync with the environment while interacting with the source of the sound. I composed in such a way so that each movement and sub-movement flows from a state of tension to resolve. To achieve this, I used “out-of-sync” source sounds for the first portion of each movement, gradually shifting into more peaceful and harmonious sounds.

Nicholas Maloney is a sound artist, multi-instrumentalist, performer, and recording engineer from Jackson, Mississippi working in the areas of drone, ambient, musique concrète, and electroacoustics.

Bandcamp Daily  your guide to the world of Bandcamp